Shipping Magnate Presents: “What’s the Hold Up in My Supply Chain?” Part Two

If you haven’t already read Part One of “What’s The Hold Up In My Supply Chain” click the link to catch up.

In part two, we are going to focus on how congestion has shifted, what ports have been hit the hardest, and why there’s hope for improvement.

Nothing Easy on the East Coast

To avoid the congestion that afflicted West Coast gateways in 2021, many shippers redirected some imports from Asia to the East Coast. And now? We are now playing congestion whack-a-mole on the Eastern seaboard, a trend that many experts saw emerging as it became clear that there was no avoiding more congestion, delays and high costs at ports on the Pacific coast in 2022.

The pain that was felt by importers moving goods through the West Coast has found a larger stage. In February 2022, Maersk warned clients dwell times had gone up across east coast ports, including Newark, Norfolk and Charleston. Increasing numbers of importers and forwarders have also shifted imports to the Gulf coast, as the sudden pileup of ships at East Coast ports drove more imports into Houston, which saw an increase of 27% in January, year on year.

Part of the shift East was based on well founded fears that the delays at West Coast ports would only get worse as conflict over labor contract negotiations between the The International Longshore and Warehouse Union (ILWU) and the Pacific Maritime Association (PMA) crescendoed. with the existing contract due to expire on July 1st.

Investment in port automation is a perceived threat to the ILWU’s interests which has resulted in technology being a sticking point in negotiations. With the traditional peak season around the corner and steamship lines continuing to report record profits, the threat of work slowdowns and work stoppages is almost guaranteed as the ILWU flexes unprecedented leverage. Supply chain leaders are advised to continue to pad forecasts and lead times due to the increased risk surrounding labor. The Biden administration has taken a stronger stance against high ocean carrier profits and has prioritized a swift resolution of PMA/ILWU disagreements to prevent further supply chain disruption.

A Gulf Runs Through It

US port congestion numbers fell after record highs at the start of the year. Robust invectories on land have been part of the slow down, with supply side improvements possibly signaling an easing of inflation, the much needed respite for ports that have seen significant delays over the years. 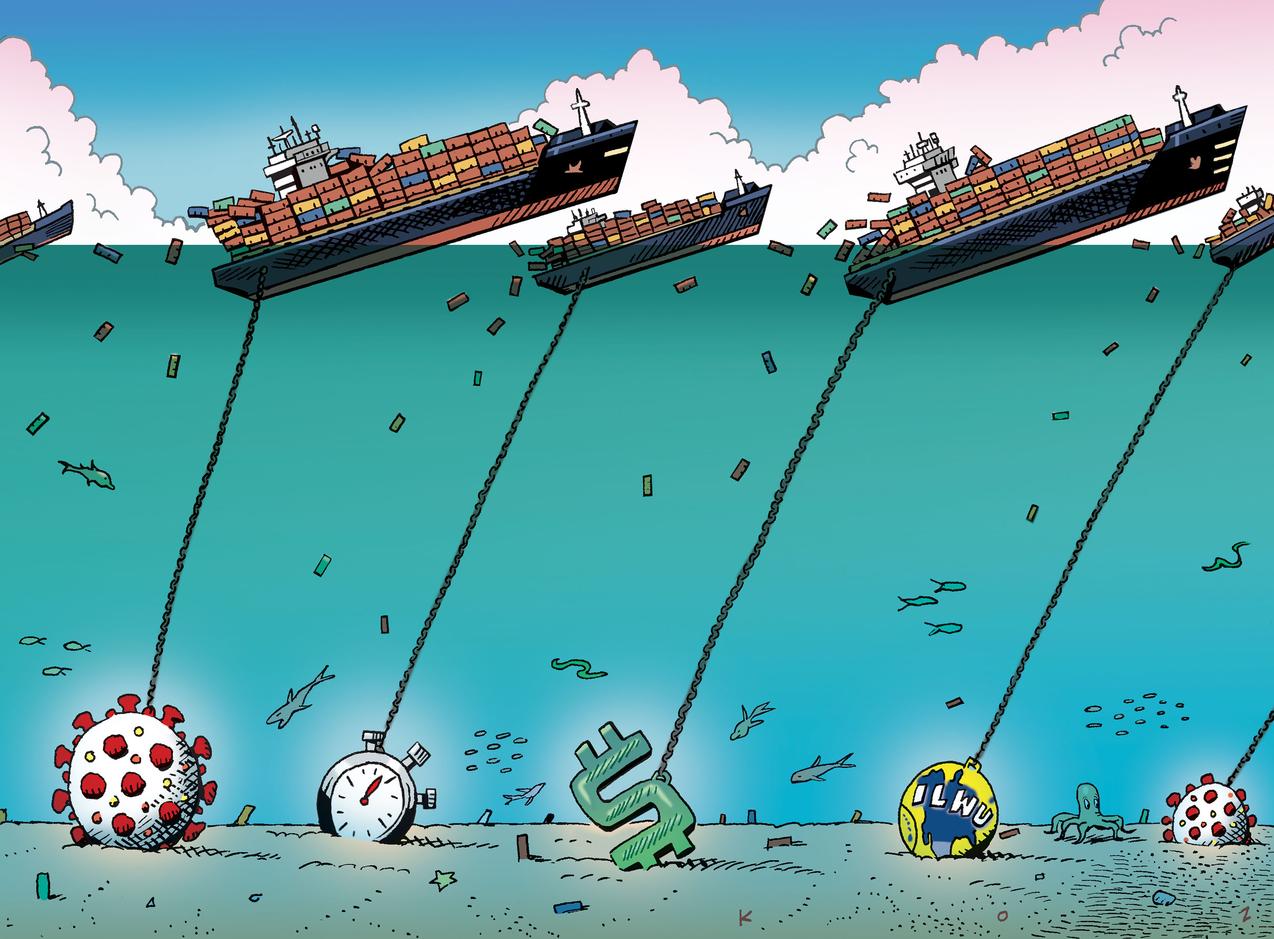 Before the recent market downturn and even well before Putin decided to destabilize the world order by invading Ukraine, port labor contract deadlines were forming dark clouds in the shipping horizon. It is not just the ILWU or other port workers’ unions that are disrupting trade flows.

In Germany, workers at heavily congested ports have taken a hard line on collective bargaining and have gone on strike. Should US shippers be concerned? Just ask the Belgians and the Koreans if labor unrest in and around the ports can be costly. Truckers can strike too!

There is a delicate balance of resources and time needed to time and position the assets and labor necessary for functioning global supply chains so don’t expect port automation to resolve port congestion issues any time soon. The scale and complexity of the challenges facing intermodal shipping means that the impactful port technologies that are generating uncompromising resistance from ILWU leadership will never make a significant impact without long term public and private investment and coordination.

Moving In The Right Direction

Sea-Intelligence reported trans-Pacific capacity jumped 21% for departures during the second half of May, with ships departing overseas ports during that will arrive by the end of June. Moreover, Asia-West Coast freight rates appear to have stabilized at high levels after significant recent declines. It is not going to be the same challenge getting goods to market in 2022 as it was in 2021.

While planning shipments is never a sure science, things seem to be stabilizing, easing, almost under control, at least for now. Our expert team at CargoTrans is here to help you navigate challenges and identify opportunities as they emerge.