Pique Season: Can the FMC Rein In the Steamship Lines?

By CargoTrans September 1, 2021 Blog No Comments
0 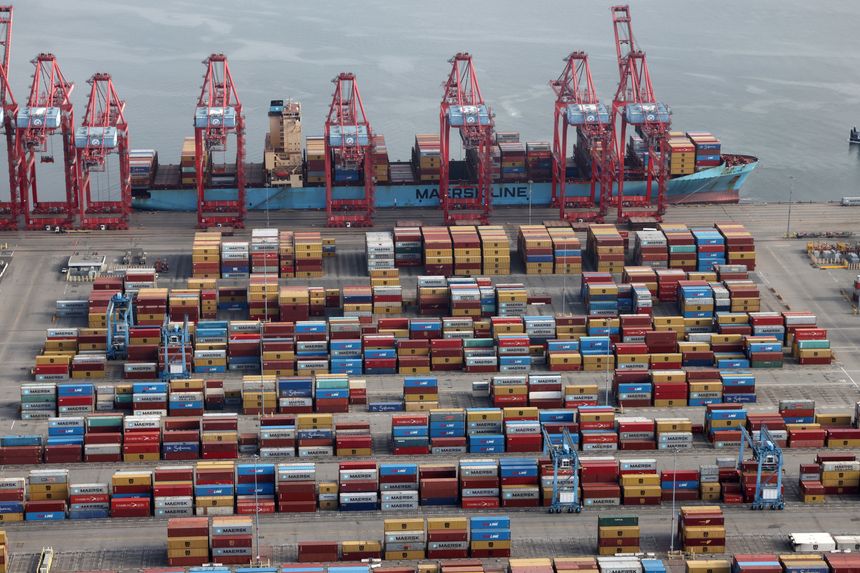 Steaming Away With Shippers’ Margins

If it feels like there’s a freight rate hike every few minutes, you’re not off base. COVID has exposed the stranglehold the three main ocean carrier alliances have over the global shipping industry. With terminal shutdowns, blank sailings and supply chain bottlenecks at every level, the ocean carrier premiums keep getting more premium. FYI: Container rates have gone up 346% in a year! Authorities are alarmed about the control that container lines are exerting over global trade.

And who is benefiting from all of this?

*Must Be A Container Carrier To Receive Said Billion

Denmark-based consultancy Sea Intelligence shows in an assessment of earnings for the 11 largest ocean shipping lines combined earned more than a whopping $16 billion in earnings before interest and taxes (EBIT) in the first quarter of 2021 alone. This is off the back of the same 11 shipping lines’ combined operating profit of $13.3 billion in the second half of 2020.

The first quarter of the calendar year is traditionally the quieter season for container shipping. With the widely discussed ‘never ending peak season’ that appears to no longer be the case as shipping lines boast profits that are taking the shine off Apple’s earnings power.

More $$$ Than The Past 10 Years Combined

For the first time in 10 years, all major carriers recorded a positive first-quarter EBIT, with seven carriers recording over $1 billion, and three others recording more than $2 billion! The 11th carrier is stuck recording profits in the hundreds of millions, wah wah.

Even The Carriers Are Surprised

The world’s biggest container shipping line, AP Moller-Maersk projected $4.5 billion in operating profit in 2021. They were way off. With surging freight rates the shipping giant is expected to make more than $14 billion in 2021.

And they’re not alone.

According to Drewry Maritime Research, with rates continuing to rise, container lines could make a combined $100 billion in 2021. That’s more than 15x the profits generated in 2019.

For years, container lines’ returns have taken a hit as they purchased higher capacity ships and retrofitted their fleets to meet the International Maritime Organisation’s 2020 global Sulphur Limit mandate. However, as port congestion continues and global trade moves at a snail’s pace, customers are angry and complaining of profiteering.

Example A: In Q2 2020, as COVID spread to every continent, Maersk blanked more than 166 sailings. In the same quarter they netted a cool $1.7 billion in profits, according to Maersk.com.

Example B: HMM recorded an EBIT operating profit of US$917 for every TEU shipped. Every single one. All the while, shipping lines have negotiated a favorable tax regime that is calculated by tonnage rather than revenue. With all these profits, their tax bills have not changed!

Hmmmmm… Who Is HMM?

Founded in 1976, HMM Co., Ltd., (formerly known as Hyundai Merchant Marine) is a South Korean container transportation and shipping company and is now the 8th largest in the world with 75 ships and a 3.1% market share.

It may be among the top ten shipping companies now but it had (relatively) smaller beginnings. It provided limited services from Asia to the Middle East throughout the 1970s. In the 1980s it expanded to include routes to Australia and Canada and constructed the world’s largest ore & coal carrier Hyundai Giant.

The new millennium brought in more routes and larger ships into the HMM fleet. Including the first of Algeciras-class vessels. In 2020 HMM added the world’s two largest container ships (in terms of TEU capacity) to their fleet, HMM Algeciras and HMM Copenhagen with a maximum TEU capacity of 23,964, and 23,820 TEU respectively. It was also the year HMM joined THE Alliance, teaming up with Hapag-Lloyd of Germany, ONE of Japan, and Yangming of Taiwan.

But wait, there’s more. Up until last Thurrsday, ;abor unrest at HMM threatens to upend global supply chains further. A labor immobilization would have immediately removed 850,000 TEU from the market and created an immediate crisis in a market choked for capacity. Many seafarers and dockworkers are not sharing in the record profits and are demanding their due. For now, HMM has diffused another blow to a traumatized supply chain.

So Who’s Looking Out For the Little Guy?

The U.S. Department of Justice and the FMC have the weight of the Biden administration behind them to put carriers in the crosshairs and target abusive practices, including the refusal to take HAZMAT cargos or release containers to the less profitable business of servicing exporters in the Midwest.

The Ocean Shipping Reform Act of 2021

How do you make changes stick when carriers are so slippery? Legislation of course! Congressmen John Garamendi (D-CA) and Dusty Johnson (R-SD) introduced a bill to empower shipping regulators and strengthen trade.

Among other things, the “Ocean Shipping Reform Act of 2021” would:

Of course, the carriers will say that this legislative effort is doomed.

“The three major global carrier alliances are the top (regulatory) priority and receive the highest scrutiny,” the FMC vowed in November 2020. “These three agreements have the greatest potential to cause or facilitate adverse market effects based on the agreement’s authority and geographic scope in combination with underlying market conditions.”

No one is saying the shipping lines aren’t entitled to profit off their valuable services but for customers drowning in higher rates while battling low vessel reliability, the historic earnings seem to have come at the expense of everything else. Paying more for less at these gateways of international commerce is a major driver of inflation across the economy. Without effective intervention from government leaders, shippers stand little chance to gain concessions any time soon.

You don’t need to be a master of the sextant to navigate astronomical rates. The fundamentals remain the same: plan ahead, plan differently, and plan well. If you need help finding your bearings in this freight market, CargoTrans has a fantastic team to put you on course. All you need to do is contact us.