Green is the New Black: Carriers’ Record Profits and the Carbon Neutral Future 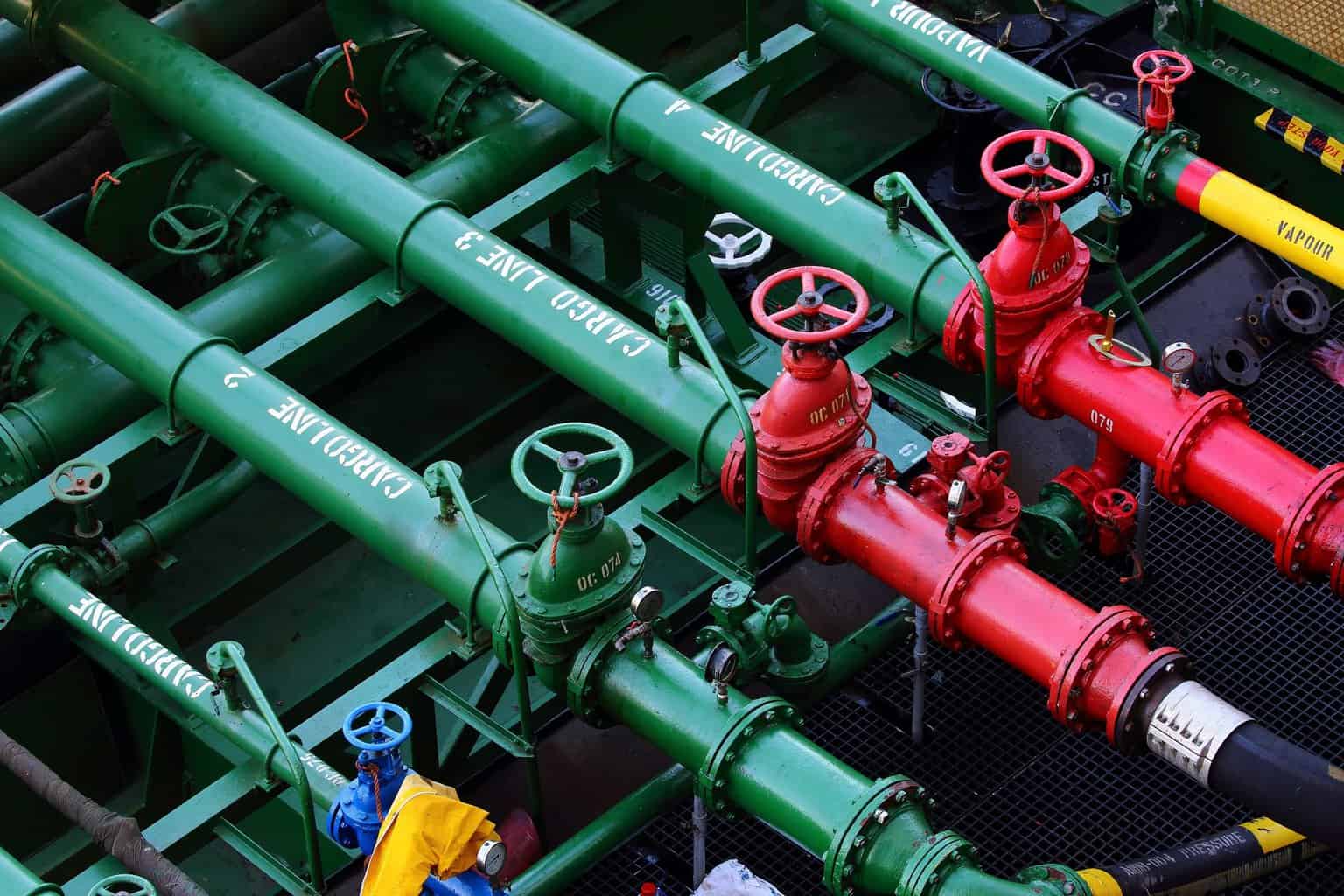 Through a haze of bunker fuel shrouding harbors worldwide, the shipping industry’s zero carbon future is coming into view. A hard line is being drawn by both insiders and outsiders to adopt more responsible practices. Greener fuels have become viable and with the right infrastructure, industry cooperation and investment, sustainable solutions can be ready to scale. With record profits come great responsibilities.

Back to the near future, holiday imports are looking murky with a record 70+ and climbing container vessels waiting for a berth in San Pedro Bay, California. Many vessels are relegated to a ‘drift zone’, a space for those unlucky boats without enough room to drop anchor. That is 400,000+ TEUs immobilized, or about 2 weeks worth of cargo volume. That is, 2 weeks to clear the backlog if no more ships arrived during that time. The quantity of TEUs waiting to dock represents a line of containers that would reach halfway across the US if laid end to end.

What can be done? Operationally, there have been some positive moves announced toward implementing 24/7 operations at LAX/LGB.  Transportation regulators have been moving slowly and deliberately to lay down new rules can help improve the flow of cargo. Long term, equitable solutions are important, but shippers need actions with immediate impact.

The biggest companies involved in shipping including Amazon, Ikea and Walmart have joined forces in the new Federal Maritime Commission (FMC) shipper committee whose purpose is to introduce reforms that will regulate and incentivize industry participants to improve the flow in and out of ports. Meanwhile, these same import giants have tried to cut out the middle man by chartering their own container ships to outmaneuver supply chain disruptions .

With the COVID pandemic raging (China and Vietnam, hang in there) and the holiday season creeping ever closer, it may be difficult to envision a less congested, much less a greener future. The pileup at LAX/LGB is spilling over to ports all over the US. Ready or not, Christmas is just around the corner!

We already know the stats. Roughly 90% of global trade is transported by sea and accounts for almost 3% of the world’s CO2 emissions. There is growing pressure from customers, consumers, governments, and climate scientists for the industry to go greener.

Pressure is coming from many sides. A new levy proposed to the International Maritime Organization (IMO) by The International Chamber of Shipping (ICS) and Intercargo would require mandatory contributions (fancy words for fees) based on the tonnage of CO2 emitted from global trading vessels over 5,000 gross tonnes. The fees collected would be entered into a climate fund used to build bunkering infrastructure in ports around the world. The new infrastructure would help supply ‘green’ fuels like hydrogen and ammonia as major carriers start to transform their fleets.

Maersk Calls For A Ban On Oil-Fueled Vessels

Maersk CEO Søren Skou is pushing the entire industry to go greener from within its own ranks. He is essentially calling for an end date when the entire industry bans oil-fueled vessels, much like the proposed ban of new gasoline fueled cars which would kick in in 2035 in the EU, 12 US states, China, Japan, Australia, and other countries around the world.

Many other shipping lines are holding strong to their use of liquefied natural gas (LNG) as they transition from fossil fuels to zero-carbon green fuels. Maersk dismisses LNG for not being green enough. Of course, bunker fuel is out. Instead, Maersk has identified 4 fuels to put in the mix to help the carrier reach climate neutrality by 2050:

Even Warren Buffet sees the value in lightening the industry’s carbon footprint and has placed his bet on a green shipping future.

Putting Maersk’s Money Where Their CEO’s Mouth Is

The world’s biggest shipping company (Maersk) just placed an order with Hyundai Heavy Industries for eight e-methanol fueled container ships. The ships are due to be delivered by 2024 for the cool price of $175 million a piece. (8 x $175 million is $1.4 billion!)

The purchase is largely due to customer pressure. Maersk’s head of decarbonization Morten Bo Christiansen said over half of Maersk’s 200 biggest clients have set their own carbon related goals with low-carbon shipping being one of their biggest concerns.

Maersk predicts the 8 ships (There are around 759 vessels on Maersk’s books) using alternative fuels could reduce the company’s annual carbon footprint by 3 percent.

Industry leaders like Hyundai Heavy Industries are making engines that are designed to run on ‘e-methanol’.

REintegrate, a Danish startup, is one of the companies coming up with novel ways to produce e-methanol at scale.. E-methanol is made by producing hydrogen through electrolysis and combined with CO2 that is recycled by biogas plants. Electricity used in this process will be sourced from a solar farm to produce a genuinely carbon-neutral fuel.

FYI: In comparison to REintergrate’s e-methanol, biofuels currently in use emit about two-thirds of the carbon than regular heavy fuel oil. Not going to get it done.

Green concerns are a persistent PR challenge for carriers. Today, the bad optics of carriers’ record profits are much more acute. Many suspect that the ocean carriers are unduly profiting from the supply chain chaos and are even driving up rates by throttling their levels of service. These suspicions can be easy to ignore while the carriers are rolling in clover.

Shipping expert Lars Jensen, CEO of Vespucci Maritime admitted that the spot rate cap could be either carriers implementing responsible behavior or just a marketing gimmick that will be complemented by generous hikes of surcharges and continued failure to meet contractual obligations.

Lack of capacity still rules the market. Long gone are the days of shopping around your cargo, even companies with the strongest shipping contracts are in a constant struggle to have the promised service levels respected. American exporters of all sizes are losing their supply chain edge built up over time as transport costs spiral and delays pile up.

FMC Invites The Giants To The Table

Walmart, Amazon, DuPont, Target, Wayfair, IKEA, and Cargill are some of the 24 importer, exporter, and shipper groups set to advise the FMC amid the unprecedented disruption in the shipping sector.

In a statement, FMC chairman Daniel Maffei said, “I and the other commissioners need rapid access to the perspectives of importers and exporters on the ground dealing with the realities of ocean shipping every day. We also need them to meet and help guide our efforts and those outside the FMC to improve the system and make it easier, fairer, and more efficient to American shippers.”

Fair is fair. One challenge is to combat abusive demurrage and detention fees around port terminals. Name a supply chain problem and trace the compounding effects. Congestion doesn’t begin or end at the port. Ask Joann Fabrics about transloading charges in Q2.

Big players like Walmart, Home Depot, and Dollar Tree are chartering their own vessels to ensure their product arrives in time.

Chartering a 3,000 TEU capacity vessel can cost in the range of $40,000 per day and many vessel owners are seeking to convert vessels like dry bulk carriers into container ships.

Home Depot, the third largest US importer by container volume (behind Walmart and Target) chartered its own ship in June. Home Depot, Peloton and others have kept key items on the shelves all year no matter the cost, flying in higher value, in demand items.

Walmart’s inventory is up 20% over the last 6 months but they are not counting on carriers to keep those stock levels high.

Port Congestion Is Still An Issue

We are officially entering the ‘official’ traditional peak season. The difficulties of the past twelve months continue: unrelenting consumer demand, cutthroat competition for space, ongoing operational failures and surprise pandemic shutdowns makes every shipment seem like a game of whack a mole with a few wrenches thrown in for spite.

Just in case you aren’t one of the biggest importers in the country like Home Depot, Target, or Walmart, you may be searching for guidance on what viable alternatives can give you an edge in a shifting market. We have an expert team standing by, ready to help. All you need to do is contact us.