General Average And The Slow Boat To China 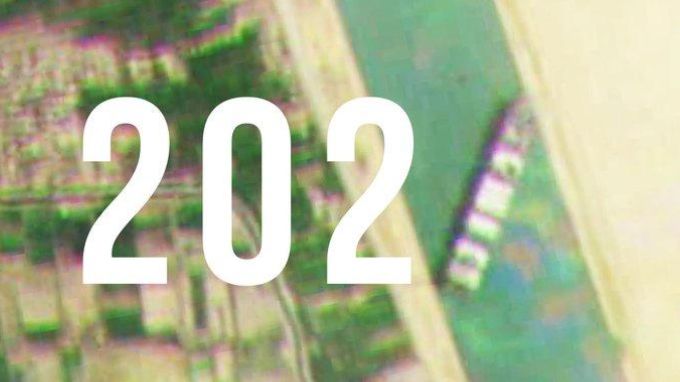 On March 29, the Ever Given was freed from the Suez Canal after being stuck for six excruciating days. It required the combined efforts of elite international crews, dozens of tug boats and dredgers, and the gravitational pull of the moon to free the massive vessel. Free to get underway, it steamed to the seemingly friendly confines of the Canal’s Great Bitter Lake for a high-stakes inspection to check for any damages the ship might have suffered during the ordeal. The abrupt seizure of the Ever Given and all of its cargo by embittered Egyptian authorities revealed the depths of the conflict over who owes how much to who and for what quantifiable losses suffered as a result of the grounding.

Why the seizure? Lt. General Osama Rabie, leader of the Suez Canal Authority (SCA), is demanding roughly $1 billion dollars in compensation as a result of damage to the Canal and lost business. The SCA says that the Ever Given will not be permitted to move until Egypt gets paid. In the face of this massive penalty, Shoei Kisen Kaisha Ltd., Ever Given’s owner, refuses to bear the full burden of responsibility. Instead, they declared ‘General Average,’ a declaration that distributes liability for any resulting losses incurred during the refloating of the Ever Given to all cargo owners and their insurers.

How did the SCA arrive at that sum? The authority has not been transparent about how they calculated their claim, but it has become public that a line item of $300 million is reserved for reputational damage. There is no shortage of reasons to argue. A lot of money and a lot of cargo (18,300 containers’ worth) is at stake. Complex disputes are only in their early stages as the investigation of the grounding continues.

Interested parties include but are not limited to ship owners, ship operators, cargo owners, insurers, reinsurers, the Panama Maritime Authority (the Ever Given’s flag country), and a host of Egyptian authorities. Liability claims are a knotty mess that will only unwind with time (measured in years). Lt. General Rabie’s demand for urgent resolution is wishful thinking.

The sheer size of the ship, the number of cargo owners, and the volume of cargo involved mean the General Average process will be particularly lengthy and complicated. The largest General Average case in history will not be resolved any time soon. Mark your calendars now for 2026, and we promise you an update.

The liability claims will continue to cause confusion, but other sensational claims surrounding the incident should not. Misinformation about the Ever Given fiasco may have leaked into your Twitter feed. Let’s clear this up – Egypt’s first female ship captain did not – we repeat, DID NOT – cause the Ever Given to block the Suez Canal, one of the world’s most important trade routes. She was, in fact, onboard another vessel some 200 miles away.

It’s Not A Pyramid Scheme

The SCA is pressing to convince the world that $1 billion is a reasonable price to pay for six days’ worth of blockage of the orderly operation of the waterway that handles the flow of 13% of annual maritime trade.

Of Course I Know What General Average Is. Please Explain It To Me.

The law of General Average is a principle of maritime law whereby all stakeholders in a sea venture proportionally share any losses resulting from a voluntary sacrifice of part of the ship or cargo to save the whole in an emergency.

In simpler terms: If the crew has to jettison some cargo in order to save the ship/crew/rest of the cargo, everyone pitches in equally based on the value of their own cargo to cover the financial loss of the injured parties. General Average is a general loss. A General Average claim can easily be a sum much greater than the value of the owner’s cargo. That will certainly be the case for those unfortunate companies whose containers are being held hostage on the Ever Given in the Great Bitter Lake.

General Average as a practice is founded on a principle of fairness. The idea of spreading losses goes way back. For instance, an ancient Byzantine law, Lex Rhodia, a body of regulations governing commercial trade and navigation in the 7th century, provides for an early version of General Average. General Average was codified in the York Antwerp Rules of 1890, as amended for the modern era as late as 1994.

The SCA’s seemingly gratuitous $300 million reputational damage claim will test widely accepted notions of ‘fairness’ when interested parties get a better accounting of the SCA’s claim.

What happens after General Average is declared?

If the cargo is insured, the insurance company will pay the guarantee (bond). General Average claims are a prime example of why All Risk Cargo Insurance policies, including General Average coverage, are so important. Without this coverage, the cargo owner is exposed to extreme, nearly limitless losses in the case of a catastrophic incident like the Ever Given grounding.

What are some examples of General Average incidents?

Disasters too numerous to mention!

If anything good comes out of the Ever Given disaster, let it be your newfound understanding of the essential business priority to carry All Risk Cargo Insurance. Nothing protects your financial interest door to door better than an All-Risk Cargo Insurance policy. (Ask us about it!)

Capacity Crunch And Congestion In Europe

Cargo and vessels delayed by the Ever Given may be free to move through the Suez, but that doesn’t mean it’s smooth sailing from here. There will be blowback for the build-up of vessels at either end of the Canal. With ocean freight already disrupted by the pandemic – sky-high container tariffs and two out of every three vessels arriving late – the Ever Given incident will ensure the market remains off-balance for longer, with ongoing capacity constraints and elevated rates.

The Suez blockage is likely to drag vessel reliability down even further.

Shipping lines will use port omissions and blank sailings to attempt to get back on schedule resulting in further container displacement and capacity crunches. Promised relief will be hard as congestion, and the resulting chassis and container deficits threaten global procurement and restocking efforts.

Oh, It’s Happening In Asia Too

Remember when we said the Los Angeles/Long Beach Port congestion was slowing down the return rate of containers back to Asia? Well, congestion in Europe means longer lead times for containers getting back to Asia too.

An insatiable appetite for empty containers to fill with Chinese exports (or Vietnamese or Korean) will be denied by stifled trade flows. Shipping lines will continue to feast on record profits, riding high on unprecedented pricing power despite plummeting service levels.

Put it all together: steadily rising consumer demand, dangerously low inventories, bottlenecks around every corner, struggling vessel and container capacity, and then the Ever Given debacle. American stores, both digital and brick-and-mortar, will face the possibility of bare shelves in a time of rising consumer demand. American production lines, which should profit off the demand, may lose the opportunity because production may be halted due to a lack of components.

No, it’s not a new Tik Tok trend. Since the start of the pandemic, air freight capacity has been at a premium. The pandemic took the belly capacity of passenger flights out of the air freight equation. Airlines were only able to stay afloat with a combination of government assistance and excess demand for freighter capacity. This started at the beginning of the pandemic amid a global dash for PPE and a sudden grounding of passenger flights. This frenzy for space kicked off a market where space continues to go to the highest bidder.

With the U.S.’ $1.9 trillion stimulus on the books, an even larger stimulus/infrastructure package on the way, vaccinations rolling out at breakneck speed, and states and cities slowly opening back up, airlines are seeing a rosier outlook for passenger demand.

Zoom And The Travel Boom

Forecasts of consumer behavior predict a summer flood of travel from a public eager to shake off COVID cabin fever. More passenger flights mean more air freight capacity, but it’s a mixed sign for shippers. Rising demand will have a more significant impact on domestic travel/air freight than as international travel remains muted by barriers imposed by COVID restrictions.

International travel may not return to pre-pandemic levels for years. The Zoom revolution has upended the perceived value of in-person corporate glad-handing and may lead to limited travel budgets going forward. Remote work tools, cultural acceptance of virtual deal-making, and ongoing global health risks diminish the returns for costly global business travel. The health of tourism will depend on the public health outcomes of countries struggling to control outbreaks and roll out vaccination programs. More shots in arms around the world will equal more bellies full of cargo in the sky.

Few could have foreseen the magnitude of the Ever Given incident. Its effects will be felt for months throughout the shipping industry, and the pain may soon be felt by everyday consumers.

The related legal and insurance entanglements will drag on for years. Although the incident was not as immediately catastrophic as it could have been, the image that circulated around the world of the Ever Given run aground proved the fragility of world trade could be summed up in a meme.

Incidents like the Ever Given grounding have been rare, but they are inevitable. Fortunately, they help us comprehend the critical need to prepare and insure ourselves for events of every magnitude. If you have questions or concerns about insuring future shipments, we have an expert team waiting to guide you through the process. All you need to do is contact us.