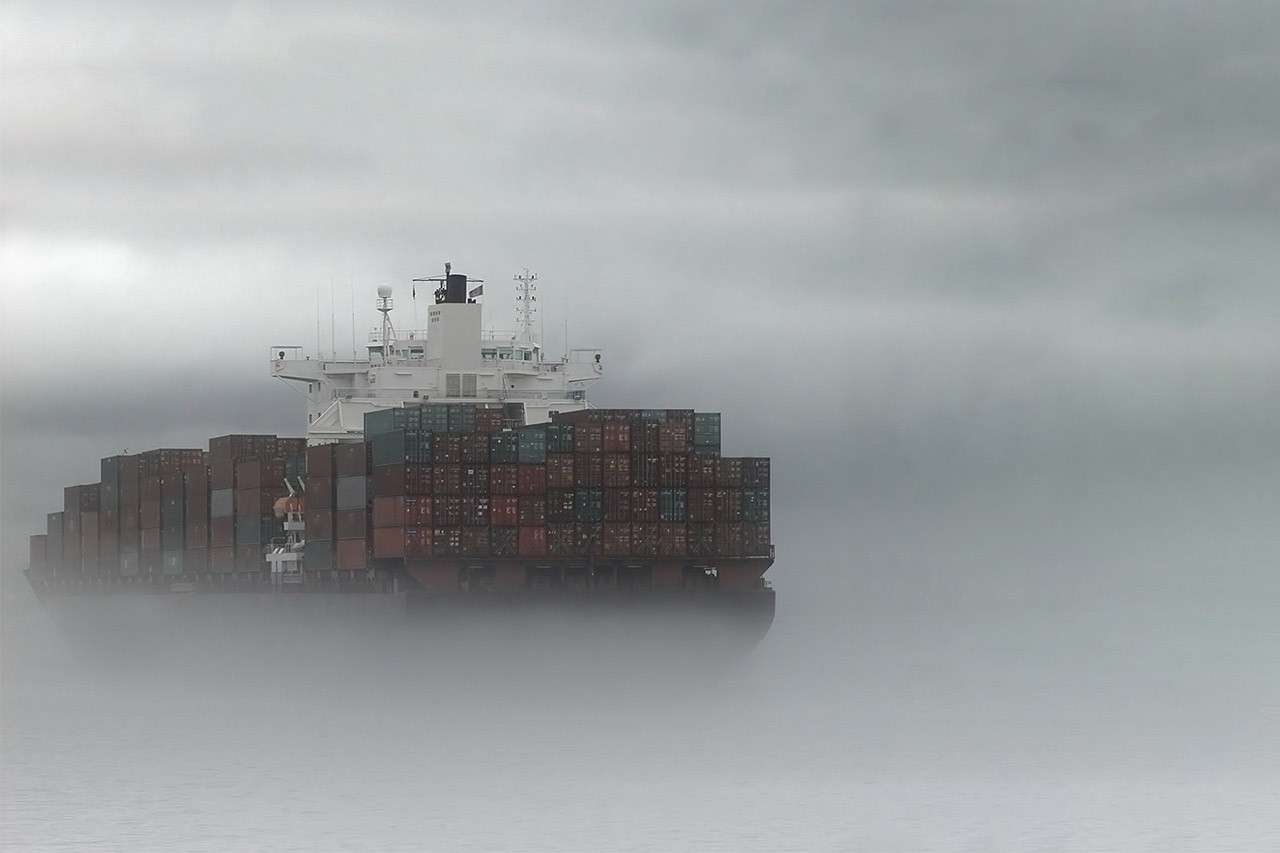 With once unobtainable berths sitting empty at the Ports at Los Angeles and Long Beach, we have truly entered a new era of container shipping. West Coast rates have dropped anchor at near pre pandemic levels, and rates continue to moderate on shipping lanes around the globe.

So…where’s the peak? The scramble for delivery of inventory that kicked off 2022 is still working its way through the supply chain. Shippers pulled forward imports and increased order sizes due to fear of persistent disruptions and stockouts because lead times over the course of more than a year had proven devastatingly unreliable.

As a result of this pulled forward crush of inventory, the traditional peak Transpacific shipping season leading into the holidays has been only a blip on the SONAR with a caution from slowing consumer demand keeping expectations muted. Capacity utilization data signals that freight rates will continue to scrape near the bottom.

The ILWU labor contract expired July 1st. With the trauma of 119 vessel queues off San Pedro bay not quite in the rearview, the possibility of an ILWU strike made rerouting imports en masse through US Gulf and East Coast ports an easy risk management win.

In hindsight, the vessels that crossed the Panama Canal to reach ‘safer’ ports began to suffer from the same congestion issues that afflicted Los Angeles. A pattern of warehouse space and chassis shortage inflaming port and rail ramp congestion fed an unvirtuous cycle intensified by retailers’ high inventory levels heading into the holidays. High inventory levels might augur a slowdown in imports which may be key to resolving congestion.

Of late, the disruption caused by China’s Zero Covid policy has not had the same impact on the freight market as it had earlier in the year because China’s export growth is slowing. Part of the slowdown in China can be credited to shippers beginning to source from other countries, but overall demand has fallen. The rapidity of the drop in freight rates has carriers alarmed. 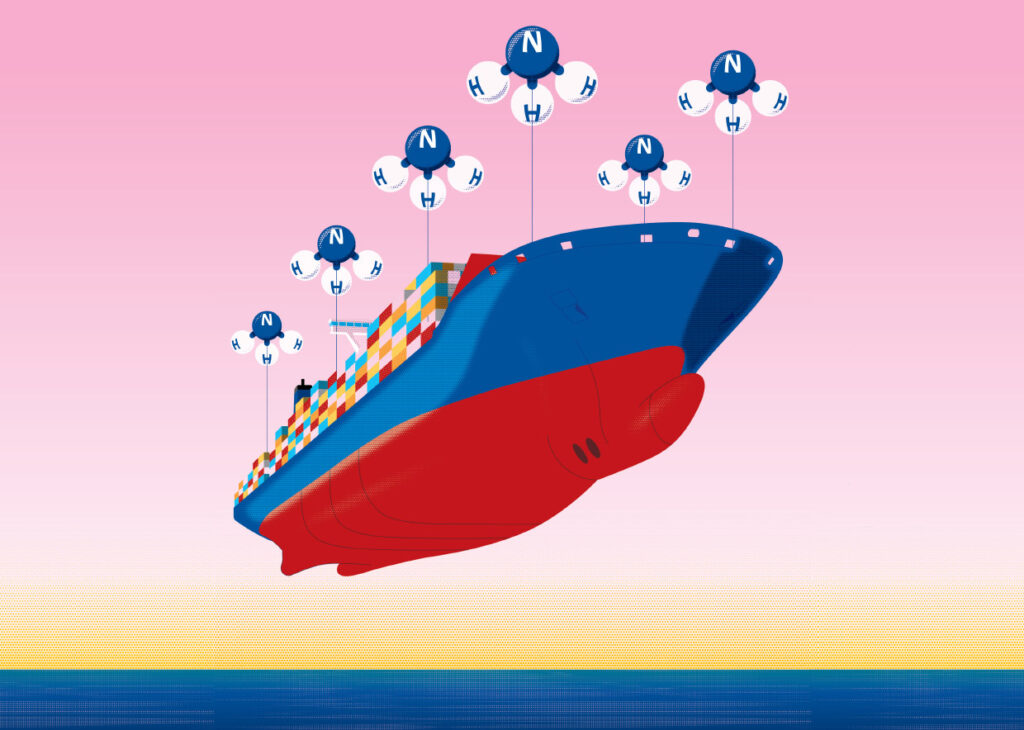 In the tank for ammonia

This Is My Blanking Face

Carriers are trying to catch the fall in freight rates with blank sailings, or, the cancellation of individual port calls, and also through the cancellation of entire vessel loops. The largest ocean carriers have some practice and proven success in this method of market stabilization. From February to May 2020 blank sailings allowed carriers to constrict capacity and stabilize rates despite a precipitous drop in container volume (All major lines reached this strategic conclusion independently, cough, cough).

What do the carriers’ capacity management efforts mean for vessel reliability? Generally, blank sailings are announced with a week or two of warning which theoretically could give enough advance time to a shipper to secure an alternate service. There will not be the same magnitude of concern with shipping delays as shippers had during the peak of port congestion last year.

Whereas containers were frequently repeatedly rolled to sailings more than a month later than originally scheduled without explanation or remorse, the scheduling challenges of blanking should be more predictable. As a rule of thumb, you can expect carriers to cancel a sailing if less than 60% expected capacity is booked. Mercifully, finding space on a vessel that a carrier is struggling to fill is not the same kind of challenge as when carrier bookings were secured strictly via the benevolence and even-handedness of anonymous carrier employees who graciously chose to react to your up front payment for ‘Triple Secret Diamond Service’.

How Many of the World’s Tiniest Violins Fit in a 40’ HQ?

As port bottlenecks poured extraordinary profits into carrier coffers, there was no need for carriers to be open in communications with customers, let alone be concerned with tact and diplomacy. Carriers will need to be much more skillful and engaged with their consumers for what comes next. Government scrutiny of windfall profits and perceived abuses will require diplomacy. Profitability and competitive strategy will be a constant challenge as carriers maneuver to manage the decline in freight rates in what will likely be a more competitive landscape.

The regulatory pressure to meet new sustainability and emissions targets were a known unknown since , but the strategic adjustments become more difficult with a market slowdown while at the same time governments threaten exemptions and tax breaks. The container ship orderbook is at a record high.

A significant expansion of carrier capacity is expected to come on line in 2023 and more newbuild orders will be delivered in 2024. The current economic outlook bodes ill for the fundamental prospect of dramatic carrier capacity expansion. A healthy order book for new container ships over the next few years may spell carnage for carrier profits and erode the substantial warchests accumulated over the past 2 years of record profit. There will surely be slippage (pushing off delivery dates) for many of the newbuilds currently on order amid unfavorable market conditions but that might not be enough to move the needle on capacity challenges. 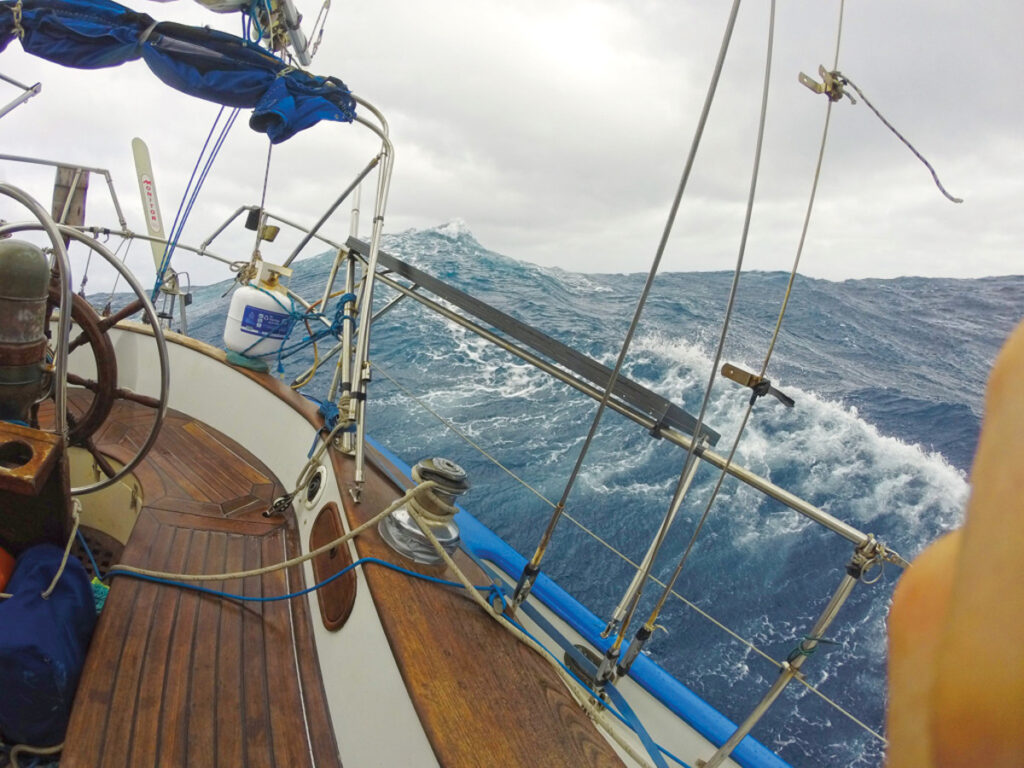 We Want a Good, Clean Ship

The IMO’s 2023 standards coming in force to regulate vessel performance may be an unexpected saving grace for carriers who might find a supply contraction pulling older non-compliant vessels out of service just what is needed to support freight and charter rates.

The regulations stem from the IMO Greenhouse Gas (GHG) Strategy that has a target to reduce the carbon intensity of international shipping by 40% by 2030, and by 70% by 2050 against a  2008 baseline level.

Why should you care about the costs of meeting sustainability and efficiency standards to comply with IMO’s 2023 emissions goals?

For shippers dependent on smaller lanes which are plied by older vessels, there may be a hit to service capacity, although the overall global slowdown on major tradelanes should also free up capacity because during the pandemic peak, vessels were pulled from service in Latin America, Africa and the Middle East to service more lucrative routes like US Transpac lane during the boom. Slower steaming to optimize fuel efficiency will increase transit time and will be a core feature of the standards established to meet IMO compliance.

Could the IMO restrictions be a blessing in disguise for carriers that have splurged on newbuilds by forcing older polluting vessels to the scrapheap? The global fleet was fully utilized the past 2 years meaning no ship was left idle to take advantage of the operating profit guaranteed by record freight rates. Older ships that would normally have been retired were saved from scrapping because the cost of upkeep and operation was marginal in a high rate environment but now with rates lower the vessels have now been set on  firm course to the scrap heap.

Strike Out: Rounding the Cape of Good Hope

In the US, all expectations for freight markets and the economy as a whole will be radically altered in the event of a rail strike. We discussed this in a previous post highlighting the catastrophe that was averted when a provisional agreement was struck with rail workers.

There is no current threat to maritime supply chains greater than labor disruptions. When dockworkers at a port like Liverpool go on strike, it knocks the flow of goods in Europe off balance and has ripples across the globe. Will the new status quo pushing freight to East Coast ports hold? Port of Los Angeles Gene Seroka has an upbeat outlook for labor peace but does not expect a labor agreement before 2023.

A Warehouse is but an Emptied Vessel

What will it take for congestion issues to abate? It’s a question of demand, capacity and coordination. Just-in-case inventory shippers paid an arm and leg to bring in is now sitting in warehouses close to ports that are packed to the rafters.

East Coast and Gulf ports are still slammed with congestion as shippers steer clear of LA. Ports like Mobile and Charleston have seized on the opportunity of supply chain upheaval as a set of challenges that can drive growth and investment.

Trucking rates continue to slide on weakening demand and will likely lead to consolidation and bankruptcies as financial pressures mount. With diesel remaining at high levels while trucking rates fall, fuel surcharges are difficult to manage profitably.

There is no getting around it, FedEx and UPS will make shippers pay the price for declining network volumes.

Continued strength in the e-commerce market gives parcel carriers a better outlook because they have more leverage to raise rates in a captive market. As we head into the holiday FedEx and UPS have raised shipper costs through GRIs (General Rate Increases) by (at least) 6.9% heading into peak holiday season. The once-predictable seasonal surcharges recently have proven to be indefinite.

Over the course of the pandemic, many organizations began to see their supply chain function not as a cost center but as a strategic value creator and a key way to differentiate themselves from competition. Now is no time to absent your supply chain from the helm. It is time to put a premium on your navigation team, and that team is only partly celestial. Trust me, you will never get the price you want for that sextant on eBay anyway so you might as well learn to use it.

Do you think it would be wise to take advantage of lower spot rates and chart a course far from spotty service?

Why break the bank to buy an astrolabe when calling CargoTrans is free? If you want help, all you have to do is reach out to us.