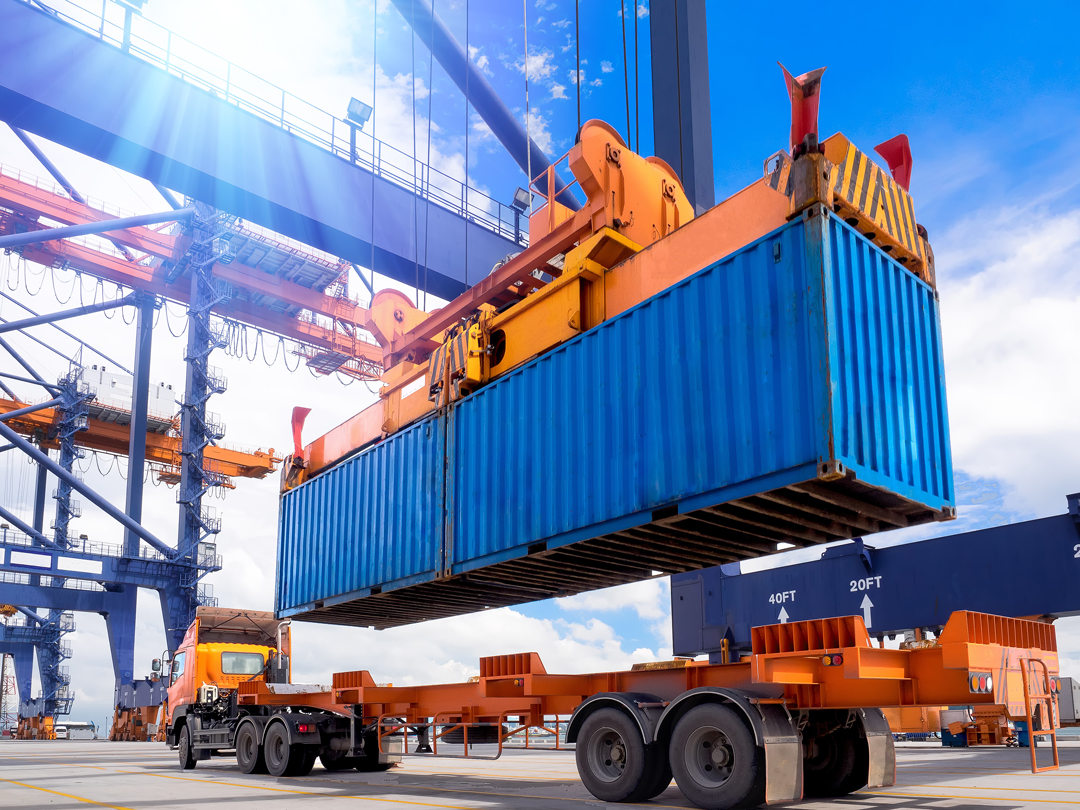 Does Your Backlog Have a Backlog?

You can lead a horse to water but… did you bring a saddle that was designed to fit a fully loaded 40-foot container?

Turbulence reigns in the supply chain. Supply chain managers trying to keep a steady hand cannot overcome the collective global consequences of the bullwhip effect. From the sea to the rails to the consumer’s door, connecting points A and B has never required more patience, budget flexibility and creativity. Everyone is in the same boat when it comes to Containergeddon. Oftentimes literally in the same boat.

Today, and for the foreseeable future, it is nearly impossible for shippers to make reliable inventory forecasts. Disruption means operations and deliveries cannot be planned in advance with any precision. Trans-Pacific carrier reliability continues to deteriorate.

Vessels at anchor around major ports around the world increase as terminals struggle to increase their throughput. Is it the open sea or is it  the B.Q.E.? The transcontinental scale of the supply chain pile has left an increasing number of vessels stuck from Jones Beach to the coast of Shanghai. The US East Coast is feeling the crunch as the holiday season approaches. The clusters of vessels at anchor and adrift represent hundreds of thousands of TEUs held hostage, lost container capacity that has effectively been removed from the market. Even if freight rates take a pause in their relentless rise, as long as intermodal operations are hamstrung, prices will remain high for shippers. If you are waiting for a return to normal, the coast is not clear yet.

It’s All Downhill From Here

Ports will be given a chance to clear backlogs as container volumes should be reduced during the ongoing Golden Week holidays, part of the China National Day celebrations are curtailing export operations. At last, a disruption we could actually plan for.

Of course though this is 2021 so we are facing yet another unexpected supply shock. Chinese factories have been suffering from periodic blackouts due to an emergent energy crisis as Chinese power plants find themselves short of fuel with Christmas around the corner. The many SEUs (stocking-equivalent units) of coal needed to fuel its power plants are likely to spike bulk shipping rates. This development is compounded by the Chinese Communist Party’s resolution to reduce smog and burnish the country’s green credentials (suspend the operations of heavy industry) in preparation for the 2022 Beijing Winter Olympic Games that kick off February 4th. (Another Olympics already?) Yet another wildcard for fragile markets and another reason American  shoppers are being encouraged to do their holiday shopping early.

We know that today ETAs must be taken with a grain of salt but how much more can we lower our expectations?: In August, THE Alliance (Hapag-Lloyd, Yang Ming, and ONE) was the most reliable carrier serving the West Coast with a 14.7% on-time performance. The 2M alliance’s 1.9% on-time record for the month means that Maersk and MSC set the bar even lower. On-time performance metrics are insufficient to describe the magnitude of the carriers’ failure.

Some large shippers are charting their own course through chartering. Facing supply chain bottlenecks and a shortage of ‘cans’ (like everybody), beverage titan Coca Cola aims to circumnavigate the increasingly congested ports by moving critical raw materials on bulk vessels that will unload in less trafficked terminals. We have discussed first movers like Costco, Walmart and Home Depot that have chosen to charter. Naturally commodity carriers and dry bulk operators like Genco (a company that knows a thing or two about shipping bubbles) have jumped into the container game.

Chartering, converting your normally containerized cargo and any other scheme used to take control of a company’s shipping destiny, may help shippers get containers into the US on time and stay a step ahead of the competition. However, all shippers face the same infrastructure shortfalls when they reach the US, the same struggles due to equipment shortages and the same mad dash to compensate for labor scarcity.

So, congratulations. Your container landed in a low traffic port like San Diego after you completed all the negotiations ahead of time to secure a berth. Now, does the terminal have the equipment and personnel to unload and move your container? Can you get a trucker? Can that trucker get a truck? Does that truck have a chassis? What about the warehouse? And on and on…If any piece of this puzzle is missing you are back in the same boat.

The Biden administration has targeted the US’ most important gateway, the terminals at the Ports of Los Angeles and Long Beach, as a priority. Terminals are being asked to pivot towards 24/7 operations, to devote nights and weekends to providing emergency service that is critical to the health of the US and world economies. So far, this initiative has stumbled. Many of the same operational failures that plague terminal operators during the day are in some cases just as problematic if not more so at night.

Expanded hours should improve the rates at which trucks can pick up and return containers, reduce port delays and improve freight movement even if record import volumes continue. For this scheme to work, understaffed warehouses that are already struggling to staff even one shift have to figure out how to expand operating hours to accommodate increased traffic from the port.

The push for 24/7 port operations is a step towards clearing containers of product out of the ports, but first drivers will need access to chassis and a place to take the goods to complete the drayage operation. Once that is accomplished, the drayman will need a better means to coordinate the return of both the container and the chassis to keep container traffic circulating. What is a chassis? Once an afterthought, the suddenly scarce container chassis’ role as an indispensable piece of hardware that enables intermodal shipping cannot be ignored.

About That Chassis Shortage…

While the federal government outlines steps to ease port congestion and bottlenecks, its own policies have made it very difficult to execute the most fundamental operation: moving the containers in and out of the ports. The US has effectively halted chassis imports from China. Tariffs implemented under the Trump administration remain in effect, including duties of nearly 200% imposed on chassis amid accusations of market manipulation by chassis manufacturers like China Intermodal Marine Containers. Right when we need them the most, we have cut ourselves off from a good part of international chassis production.

The extreme congestion issues in Southern California are the easiest to spotlight because they are the most spectacular in scale; however chassis shortages are a prime cause of backlogs nationwide. The southeastern ports of Savannah and Charleston and the midwest rail hubs like Chicago, Memphis, and Kansas City have been paralyzed by a lack of equipment and overburdened storage depots; consequently dwell times have increased dwell times by triple digit percentage points. Chassis serve as the backbone of the domestic container transportation network that connects shippers with rail and ocean hubs, an underappreciated cog in our supply chain that is now getting due attention for all the wrong reasons.

Domestic US chassis manufacturers have struggled to ramp up production to meet demand, a supply shortfall that is a major contributor to the towering stacks of containers piling up at the ports. The chassis in circulation have been immobilized by warehouse labor shortages, lack of CDL-licensed truckers and a general lack of space to store inventory around ports which makes it likely that a shipper will have to keep the chassis to store a container that has nowhere to go. With chassis getting pulled out of circulation and terminals, depots and other domestic freight hubs filling to capacity, supply chain giants like Union Pacific are pleading with all supply chain participants to do their part to keep traffic flowing.

Since then, POP has delivered streamlined, fluid operations of over 58,000 marine container chassis servicing 11 major marine terminals and 4 major rail facilities. POP is struggling to keep up with demand.

Excessive rail container dwell times at the terminals on both coasts is adding to the already existing congestion. Especially on the West Coast. In early September, the amount of rail containers caught loitering on the terminals in Southern California hit 8,000. That’s four times the average amount.

Hapag-Lloyd AG, tallied its own boxes and found dwell time for containers at 11 major railroad depots reached an average of 9.8 days in September. It was 5.9 days in February.

Some, like the chairman of the US Surface Transportation Board (STB), claim US railroads are fixating too much on operating ratios and cutting the workforce to please shareholders. This grab for short term profit acts to the detriment of on-time performance. Despite the increase in demand for inland container transportation, rail volumes have been down. Rail performance may require action from regulators if it doesn’t improve.

The demand from ocean shippers traditionally only using ocean transport has pushed the air cargo peak season forward into this quarter. Priority items are being pulled off ships and loaded into air freighters in order to ensure that key inventory makes it to the shelves.

Niall Van de Wouw, managing director for CLIVE Data Services stated, “It is very likely it will only get messier in the weeks to come as new products are launched and the traditional surge in demand heads our way, with very little room to maneuver from a capacity point of view.”

It sounds bleak. There are hundreds of potential/eventual disruptions in everyone’s supply chain and the disruptions can change on a daily basis. However, as people on all levels of the industry have explored, there’s always an alternative to the current plan should hiccups occur along the way. And let’s face it, they will occur.

If you have concerns or want to explore shipping options, CargoTrans has an expert team standing by, ready to address any questions and help you plan ahead. All you need to do is reach out.