Caveat Empties: The Intersection of Trade, Technology, and a Trillion Dollars 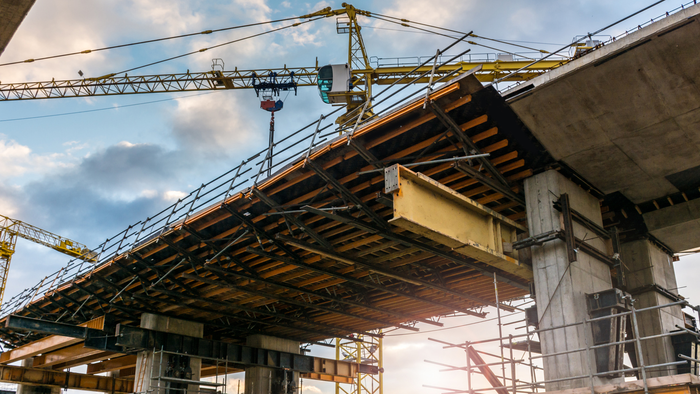 The long-paralyzed Congress finally passed a $1.2 trillion Infrastructure bill, the Investment and Jobs Act, something we can choose to celebrate. (Or rage against, depending on which side of the road, bridge and aisle you sit). The bill includes $17 billion for infrastructure improvements at coastal and inland ports, waterways, and ports of entry along the US border.

Take a big step back from the ongoing supply chain crisis and look around. Supply chain tangles do not appear easy to unwind if elevated consumer demand and related industrial strain from trying to meet that demand continue.

The ‘bullwhip effect’ may not be gentle on those who have run out of space or budget to build inventory resilience, stockpile goods and/or hoard.

The port pileup on the West Coast has shown no significant signs of easing, and the continued deluge of imports to the now congested East Coast Port of Savannah has forced shipping lines to divert cargo in record volumes to Charleston and Norfolk where congestion is also building.

Through the Looking Glass

For importers trying to avoid the LAX/LGB quagmire on the West Coast, the alternative options have narrowed, especially with rail infrastructure wiped out by major flooding in British Columbia that has disrupted intermodal activity. Shippers with their cargo stuck in the ports of Los Angeles or Long Beach audibly sighed in relief when the threat of a new punitive demurrage regime was postponed a second time, with a decision on enforcement again pushed out until November 29th. The threat of fines got the attention of carriers and shippers, but it remains to be seen how the terminals at LAX/LGB can efficiently address a backlog of 80+ vessels waiting for berths off the coast and even further out to sea.

With congestion continuing and feeding fears of inflation, the Biden administration has outlined initiatives to address immediate supply-chain challenges. Transportation Secretary Pete Buttigieg has tempered expectations by making it clear that until the pandemic is over, all bets are off when it comes to supply chain disruptions.

The intrinsic uncertainty of Covid 19 disruptions makes most supply chain predictions inaccurate.  Despite the fact that most people not named Xi Jinping cannot control Chinese port closures, US port policy can be adjusted to better control the flow of vessels and containers in and out of US ports.

Physical infrastructure development will take time, but improved transparency of relevant data will immediately help day to day operations of terminals and warehouses. This will enable organizations that are dedicated to planning, development and execution of new supply chain strategies to invest in long term plans.  Importers will not need to pay premiums to expedite freight as part of short term reactive decisions to avoid incurring penalties and to overcome unexpected delays. Stacking containers as high as your cranes can carry might seem like a remedy for container storage issues until you remember how the Tower of Babel wasn’t a screaming success.

Passing the Ball is a Team Sport

Currently, major supply chain players operate with large information silos unavailable to smaller players, and major players can capitalize on informational asymmetry and the control of shipping assets.  Profits for carriers have risen the more congested intermodal terminals have become. For all the talk of port automation being a solution to the crisis and union interference being the culprit of stagnation, available technologies can be unlocked immediately with the implementation of new information sharing standards and enhanced integrations with service providers, shippers and port authorities.

Compared to the world’s most efficient ports, the US system is years behind in investment and efficiency. The exchange of data to support uniform forecasts can determine the equipment and personnel needed to coordinate the timing of the elaborate dance of container-vessel unloading.

Time out for an etymological lesson from our sponsor: Port Truckers (aka Draymen)

late-14c., draie, “strong wheeled or wheel-less cart,” from Old English dræge or some other noun derivative from dragan “to draw”…; see drag (v.)…

Moving Containers is a Drag

Everybody loves upgrades to roads, bridges, ports and even parking lots, but physical assets will not reach their potential for capacity unless shippers, terminal operators, government agencies and carriers tell each other the where, when and what they will be moving through international and national infrastructure.

A hard lesson: the towering gantry cranes at the ports of LAX/LGB are only as good as the chassis hooked to a truck below. That chassis must be pulled by the truck driver to the right place below the crane at the appointed time. The amount of time it takes to free chassis for use again is determined by the shippers’ warehouse operations and the ability of carriers to clear export containers and empty containers from clogged port terminals.

The port of LAX/LGB won’t see any reduction in congestion without a concerted effort to clear empty containers out of the terminals. Terminals have to be able to schedule inbound and outbound container flows and guide the flow of traffic with port labor, carriers, shippers and their truckers.

This is Not a Drill

The ‘just in case’ supply chain philosophy cannot solely be seen through the lens of inventory and supplier relations but must be applied to expanded capacity and reliability of our supply chain infrastructure to process goods through intermodal nodes.Standardizing data exchange is an important first step in enabling more fluid cargo movements at US international and domestic ports and preventing current crisis level congestion.  It will enable private and public players to react effectively to the possibility of even more severe disruptions in the future.

China’s focus on investing in port infrastructure and other physical and digital shipping assets makes some fear that they are pulling well ahead of the US on the world stage. China has made recent moves to withhold data, such as ship location, from global supply chains that might highlight their outsized role and leverage to put global maritime trade in a chokehold.Rail Rally for US, Mexico, and Canada?

US trade with Mexico and Canada accounted for nearly 900 million tons of US imports and exports in 2019, and $180 billion worth of goods were transported by rail among the three countries in 2018. This tri-state trade accounts for nearly 15% of all trans-border freight in North America, but there has never been a unified railway service connecting the three countries. That is all about to change.

Freight trains will soon travel more smoothly between Canada, the US, and Mexico after Canadian Pacific Railway finalized a deal to buy Kansas City Southern for a cool $29 billion. In doing so, CPKC would be positioned to become the first rail network connecting the three countries, providing a novel service with regular routes between the Mexican port of Lazaro Cardenas and Toronto, Canada. The deal should be approved by late 2022.

Keep the Receipt (No, No. We Have Plenty of Toilet Paper!)

When the goods linger in the port for longer than expected, it’s not just Detention and Demurrage that vaporize your bottom line. Shippers hemorrhage money as they pay workers who through no fault of their own (OK, maybe we can put some of the burden on carriers and terminal operators for the detention and demurrage part at least) don’t have the supplies they require to be productive.

Remember how we were warned about the bullwhip effect way back in March 2020? After your post-Halloween hangover cleaning up your yard that was TPed four times over, remember that eventually more TP than you ever needed before is probably too much TP!. Probably.

Getting your shipment out of a port can be tough. It can feel like the cards are stacked against you and we are living in a 2021 retread of Escape From L.A.. There is a nagging feeling that this supply chain game needs better rules or at least more official scorekeepers.

It will take time for government and port authority changes to come into effect. However, as people and businesses on all levels of the industry can attest, CargoTrans has an expert team standing by, ready to give industry advice to help prepare for the unexpected and flexible to overcome the inevitable.