Ever wonder what happens to the THOUSANDS of containers that fall off ships every year? 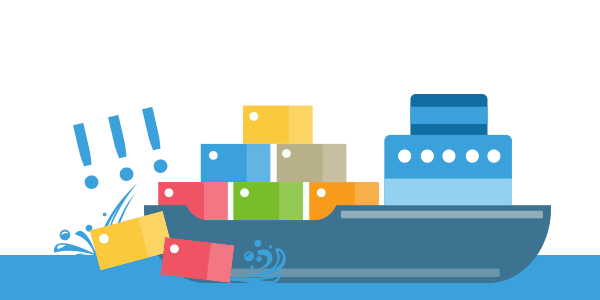 Ever wonder how many of those containers fall off ships? THOUSANDS. What happens to these metal boxes containing anything from potato chips to super toxic chemicals? Some of them wash up on shore but the rest? We didn’t have a clue… until now.

Researchers at the Monterey Bay Aquarium Research Institute (MBARI) have been studying one of these containers for ten years after stumbling upon it while surveying the muddy Pacific ocean floor of the Monterey Bay National Marine Sanctuary. It is one of 24 containers lost from the vessel, Med Taipei, in a 2004 storm. And since the rules say you can’t dump in the national sanctuary, the shipping company paid NOAA a $3.25 million settlement, part of which funds studies that look at what happens when containers drop into the sea. Andrew DeVogelaere of the sanctuary and Jim Barry of MBARI published their findings in the May 2014 issue of the journal Marine Pollution Bulletin.

You might not be surprised that the shipping container disrupted the natural ecosystem down there, but what is surprising is how the animals adopted.

Josi Taylor, lead author of the study, described the effects of the container.  The physical presence of the container provided a surface that immobile animals, such as barnacles, could latch on to as well as an elevated place from which predators could hunt. It also affected the currents on the floor, as well as the types of animals that live in them.

The hard surface of the container, which the researchers presume didn’t degrade due to the near-freezing water temperatures some 4,200 feet down, provided a reef-like structure for tubeworms, snails, tunicates and scallops. The container basically started acting as an artificial reef that allows animals to hide from predators.

Check out the video, narrated by Taylor below: