Have We Reached A Boiling Point on Global Shipping? 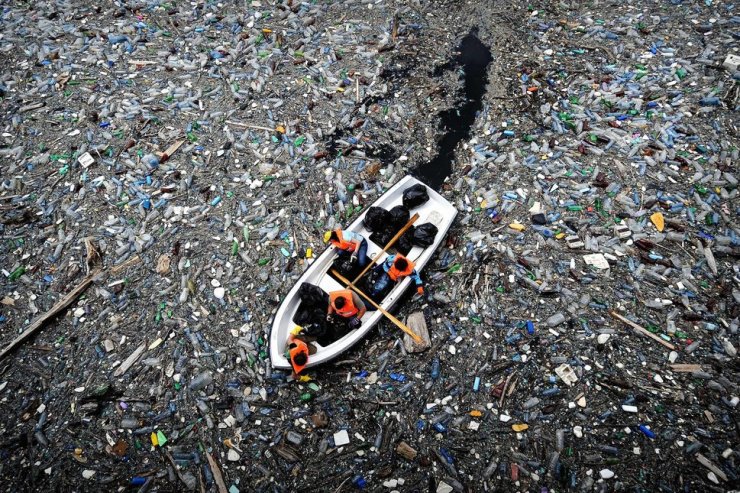 Have We Reached A Boiling Point on Global Shipping?

It’s Summer 2019 and heatwaves continue to scorch the North American and European continents, wildfires are blazing across the Arctic, and ice sheets (twice the size of NYC) are breaking off Antarctica. As Nelly would say, “It’s gettin’ hot in herre, so hot!” Believe in it or not, climate change is a thing, and we are starting to see its effects.

Cargo ships transport about 90% of the world’s trade and make up a little more than 3% of the total global greenhouse gas (GHG) emissions per year. Three percent for nine-tenths of world trade seems pretty efficient, but that number doesn’t reflect the potency of those GHG. Cargo ships use different fuel than cars and trucks. More than three-quarters of the world’s cargo ships use heavy fuel oil (HFO). It’s much more carbon-intensive in GHG, including sulfur dioxide, which is known to cause acid rain.

Also, shipping transport emissions are set to increase. Like, a lot.

The International Maritime Organization estimates that, without regulations, shipping emissions will increase by 50% by 2050. Wait, that’s their MINIMUM estimation. They believe it will likely increase by 200-250%. The European Union estimates (without intervention) shipping will account for one-fifth of global GHG emissions by 2050. For those keeping track at home, that’s just over 30 years from now.

In recent years there have been positive steps to tackle the shipping industry’s GHG emissions. Countries have banned the use of HFO in the Antarctic to prevent adverse environmental impacts on the pristine ecosystem due to oil spills and exhaust. A similar ban has been proposed for the Arctic, but so far, nothing has been put into effect. A coalition of Pacific island states pushed for full shipping decarbonization by 2050. A lofty goal. This coalition includes The Marshall Islands, famous for being the third-largest shipping registry in the world and the site where the US tested nuclear bombs in the 1940s and 50s. It may seem strange that this push is coming from the home of SpongeBob’s Bikini Bottom, but for small islands vulnerable to sea-level rise, decarbonizing shipping is a matter of survival.

Sadly, full decarbonization by 2050 has been thwarted. Carrier ships are a considerable investment, and replacing entire fleets with carbon-neutral ones would be cost-prohibitive. Nations such as Brazil and Panama (the world’s largest shipping registry) resisted, and The US and China were also not ‘onboard.’ Both governments objected to absolute targets and compromised with a 50% decarbonized goal for 2050.

The industry’s current mode of implementing small changes may seem like positive steps forward (and they are) but resisting the necessary overhaul produces its own issues. The IMO agreed to a global cap on the sulfur content in oil fuel. Remember when we mentioned that up top? This is to take effect in 2020. Sounds great, right? It will improve air quality, have health benefits, and increase the attractiveness of lower-carbon ships. Unfortunately, we already see a few ways this rule change falls short.

It’s going to throw a lot of uncertainty into the market.

Carriers are concerned with potential front-loading for trans-Pacific shipping in the fourth quarter to avoid the higher rates in the spring, which will result in more storage expenses. Carriers don’t know if they should purchase the low-sulfur fuel or install scrubbers because refiners will only produce low-sulfur fuels if the price difference covers all associated costs. Fuel surcharges are based on length, so shippers are worried carriers will change routes in order to lower costs. The actual costs of going to low-sulfur fuel won’t be known until the first quarter of 2020, and those revelations could cause more uncertainty.

And what about those oceans, have you heard of The Pacific Garbage Patch? Did you know there is more than one? How about five? There are at least two in the Pacific, two in the Atlantic and another in the Indian Ocean.

Here’s a quick rundown of their (conservatively) estimated sizes:

Just for reference, the state of Texas is 268,597 square miles. So yeah, the smallest garbage patch is still larger than Texas.

In an attempt to stem the flow of trash entering our oceans, companies like Amazon are implementing new packaging technologies to make their shipping more efficient, decreasing their reliance on ‘virgin’ cardboard boxing, increasing the use of recycled materials and working with large suppliers to avoid double-boxing altogether. As customers become more reliant on shopping online, this is a significant win for the planet as Amazon accounts for over a third of The US’s TOTAL e-commerce.

Industries and governments are also exploring ways to make global trade more efficient and decrease their carbon footprints. The EU and 174 states have signed the Paris Agreement, which puts monetary incentives for achieving its goals. Global trade will continue, and it will have an impact on the world’s environment. We must do what we can to minimize its adverse effects.